In 2017, MOCA presented FOLD: Golden Venture Paper Sculptures, an updated version of the museum’s 1996 Fly to Freedom exhibit. The show was revisited as a way to engage the public in conversation about the current climate of immigration in the U.S. The exhibition displayed over 40 paper sculptures created by Chinese passengers of the cargo ship, The Golden Venture, which ran aground at Rockaway Beach in Queens, New York in 1993. The sculptures were created during their incarceration in U.S. prisons and depicted caged birds and bald eagles that were meant to symbolize the unrealized American dream that they had hoped for. Originally, these pieces were created as gifts for their lawyers and supporters, but as time as has passed, these pieces of folk art have become an entry point into a pointed exploration of U.S. immigration policy. 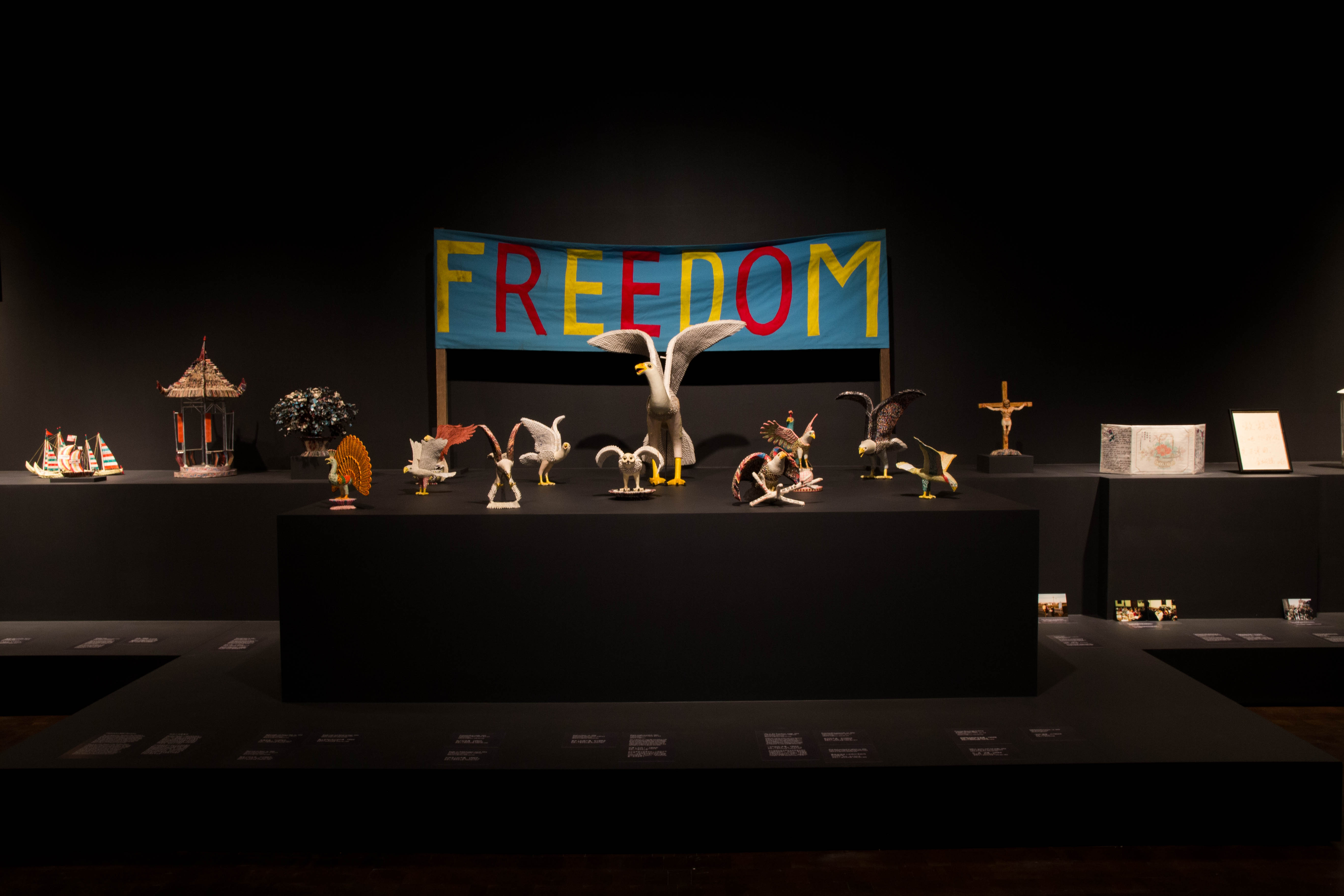 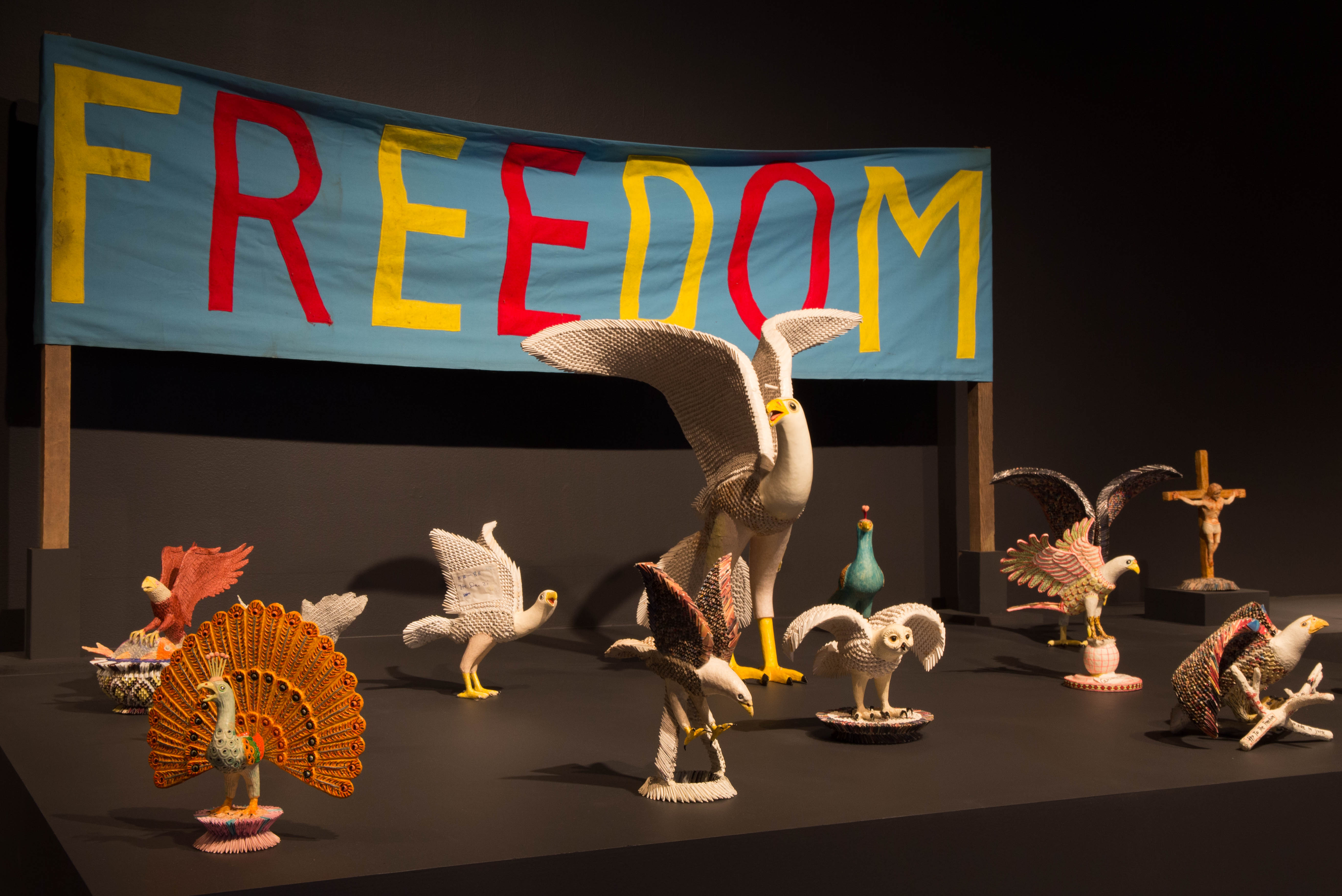 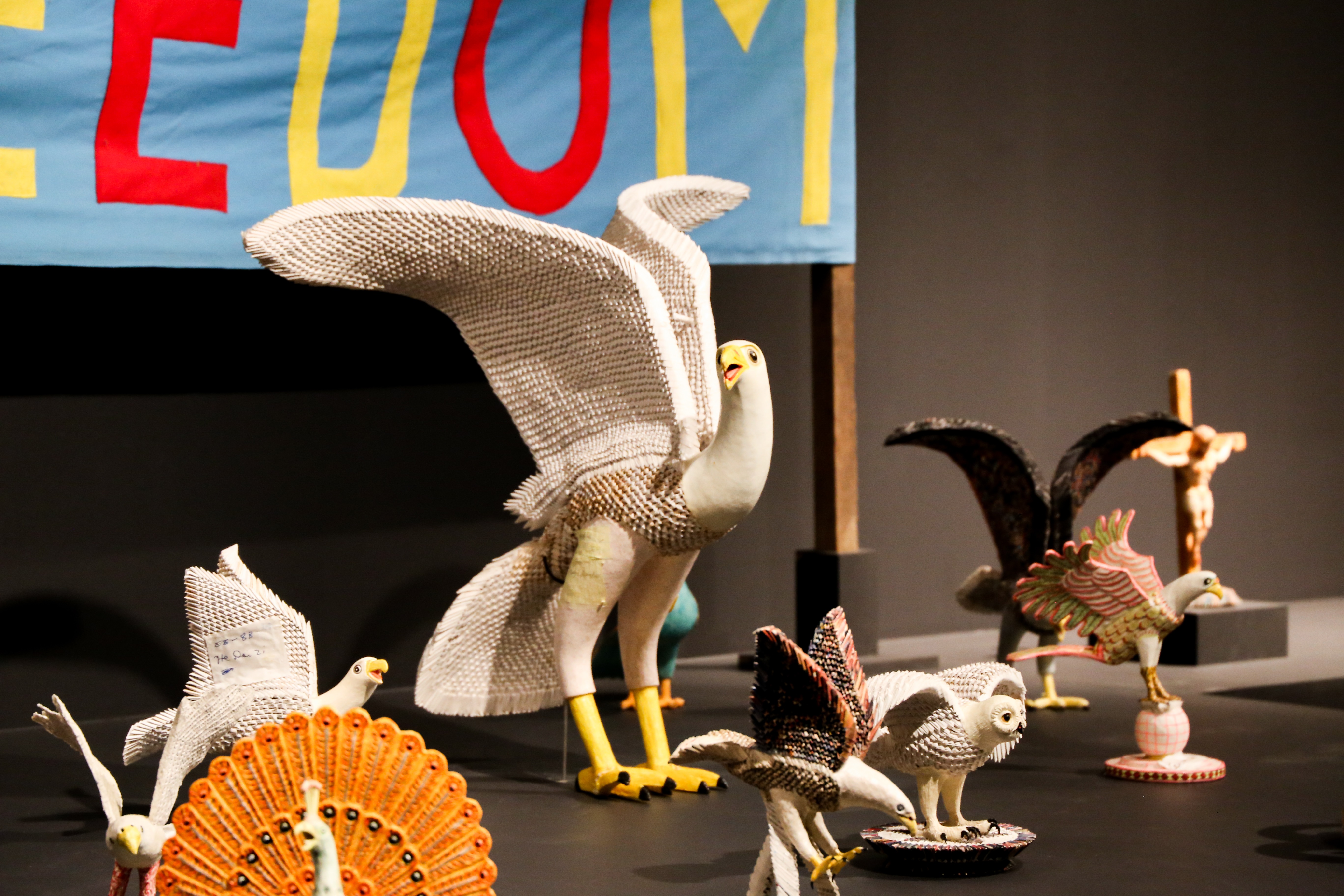 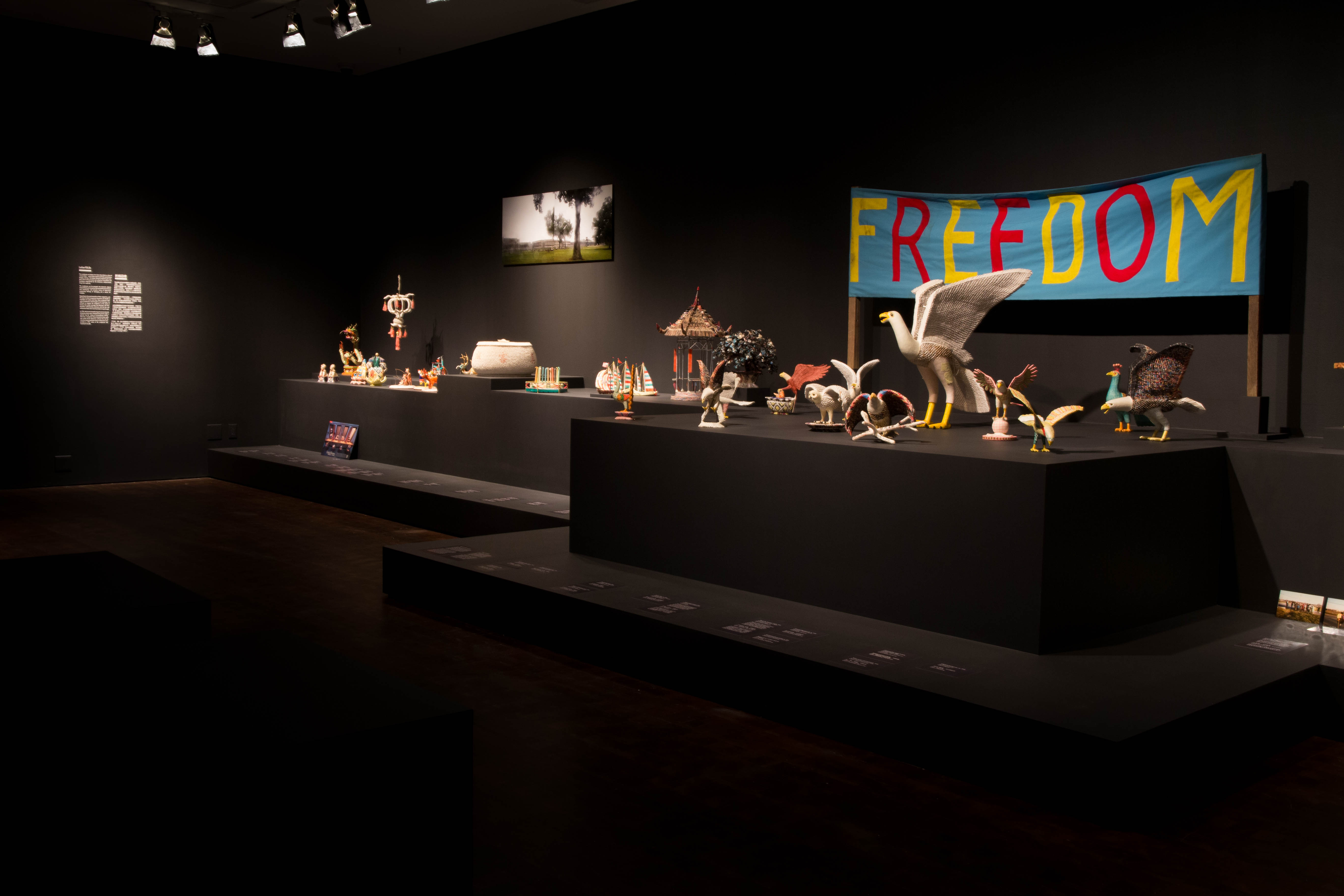 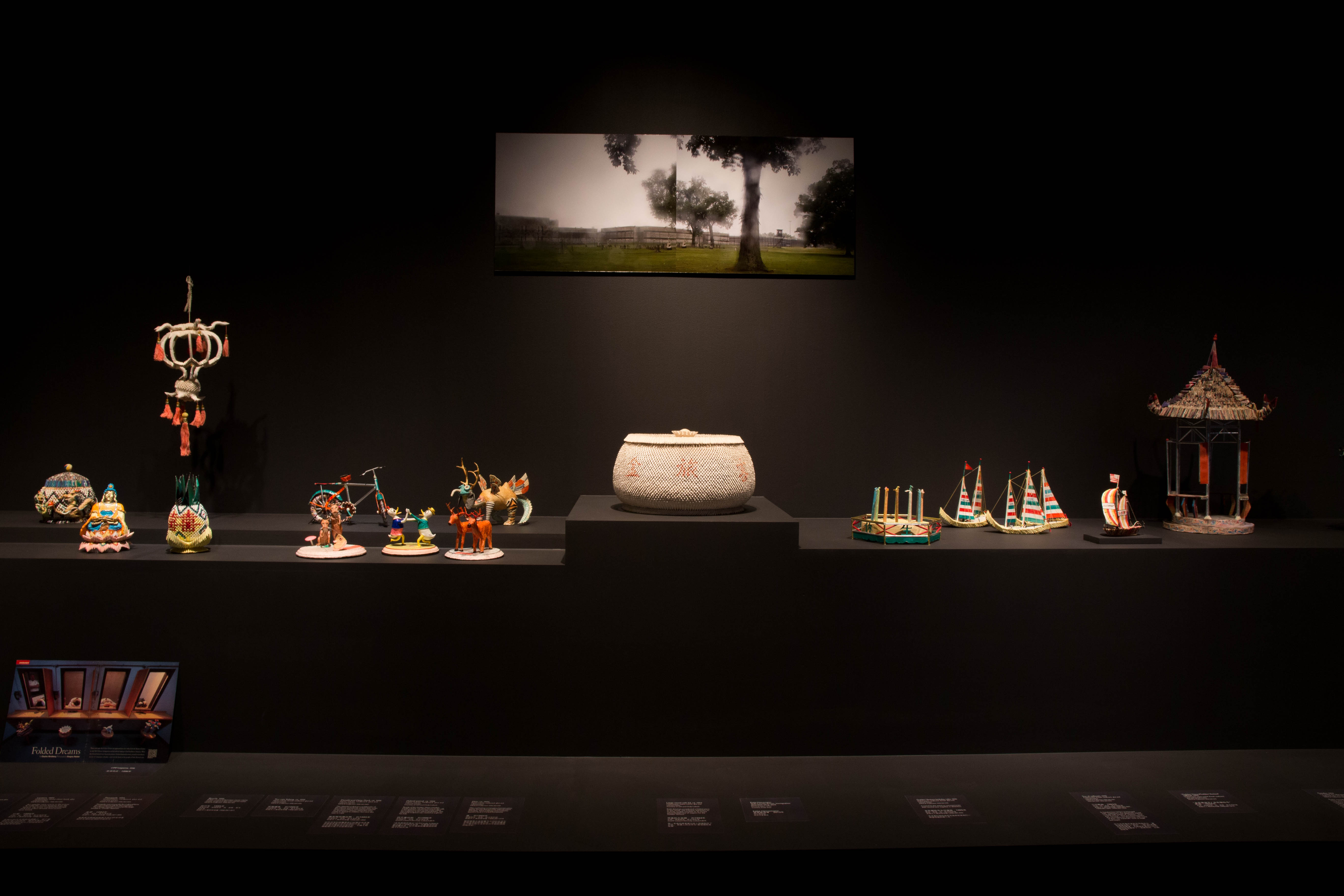 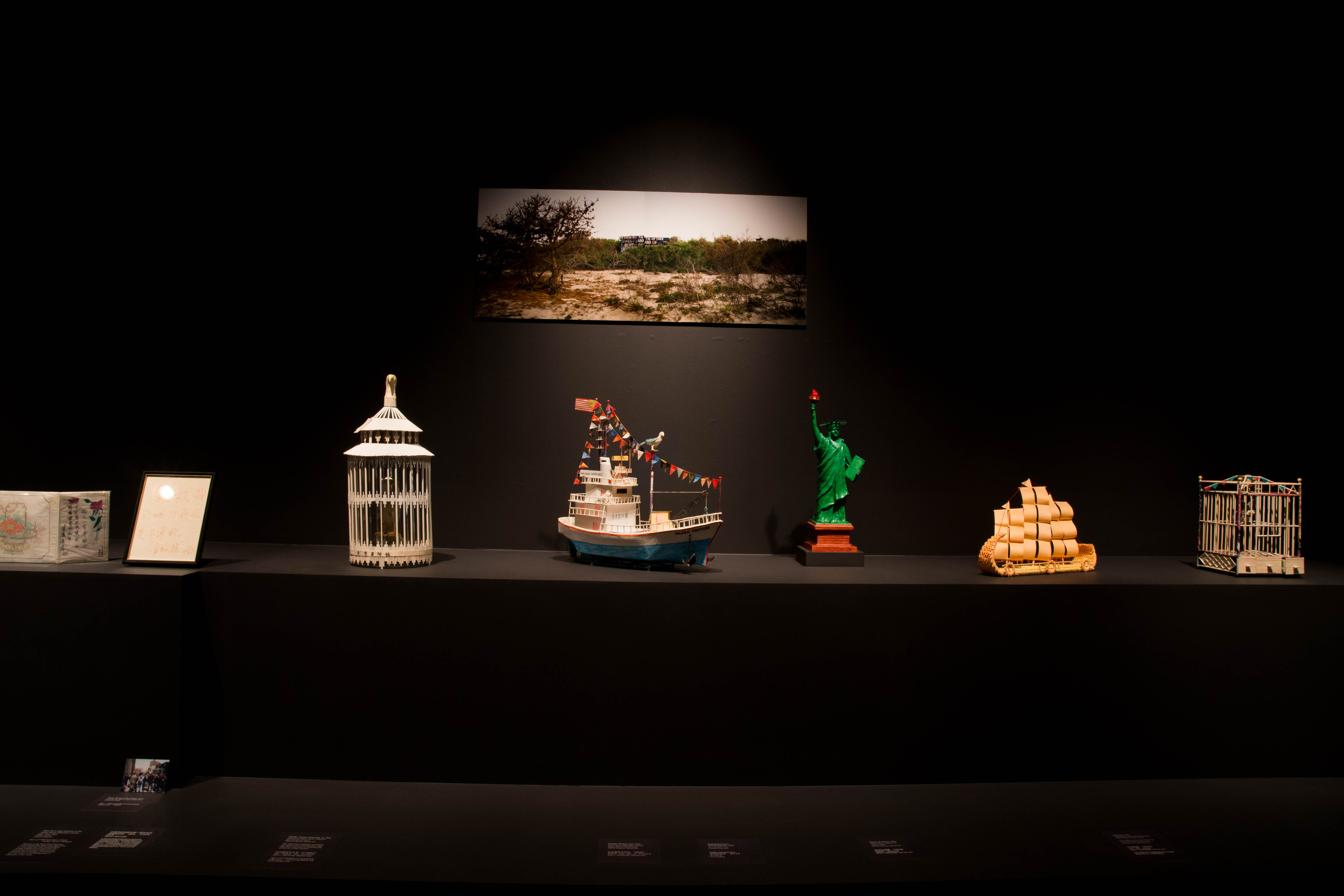 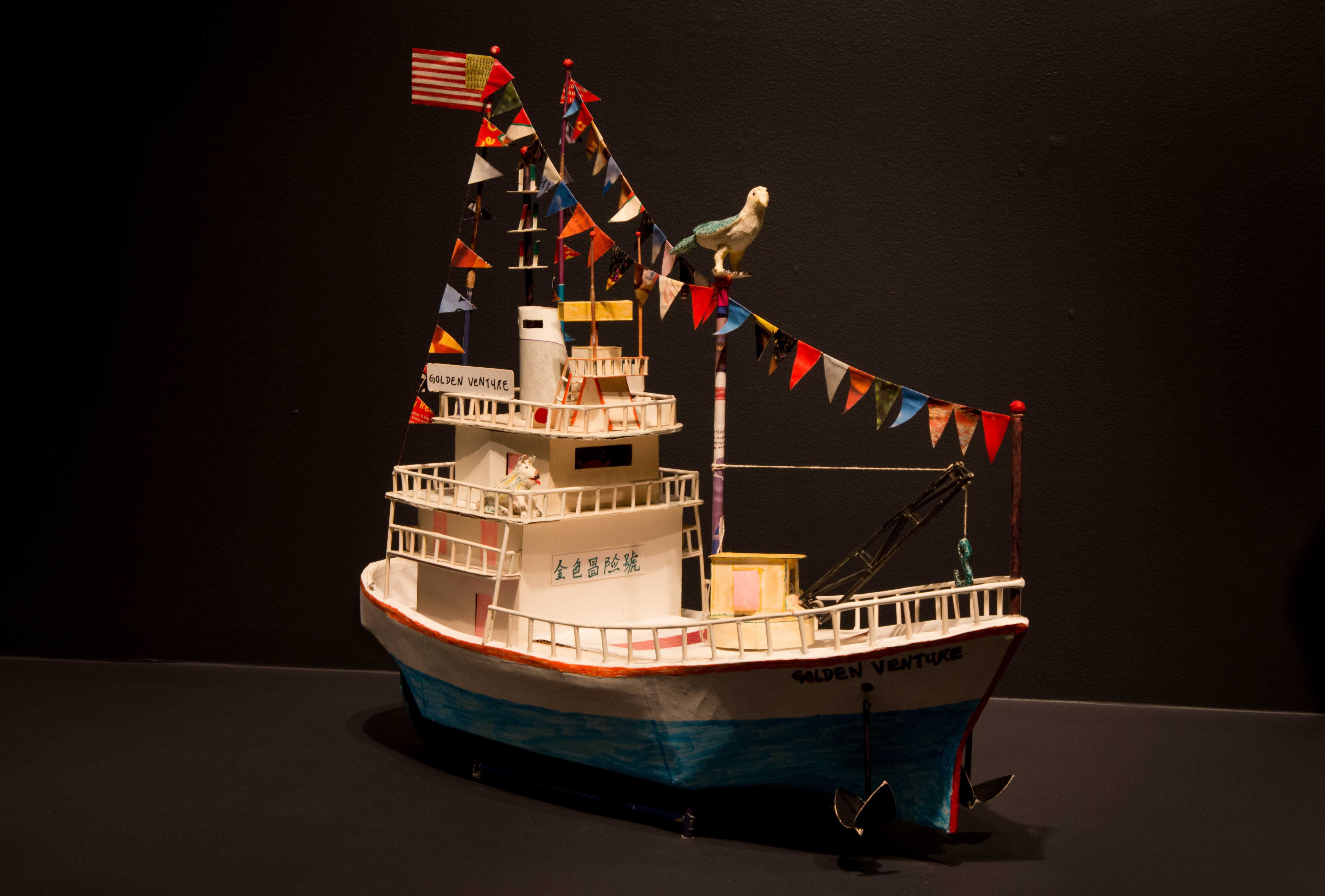 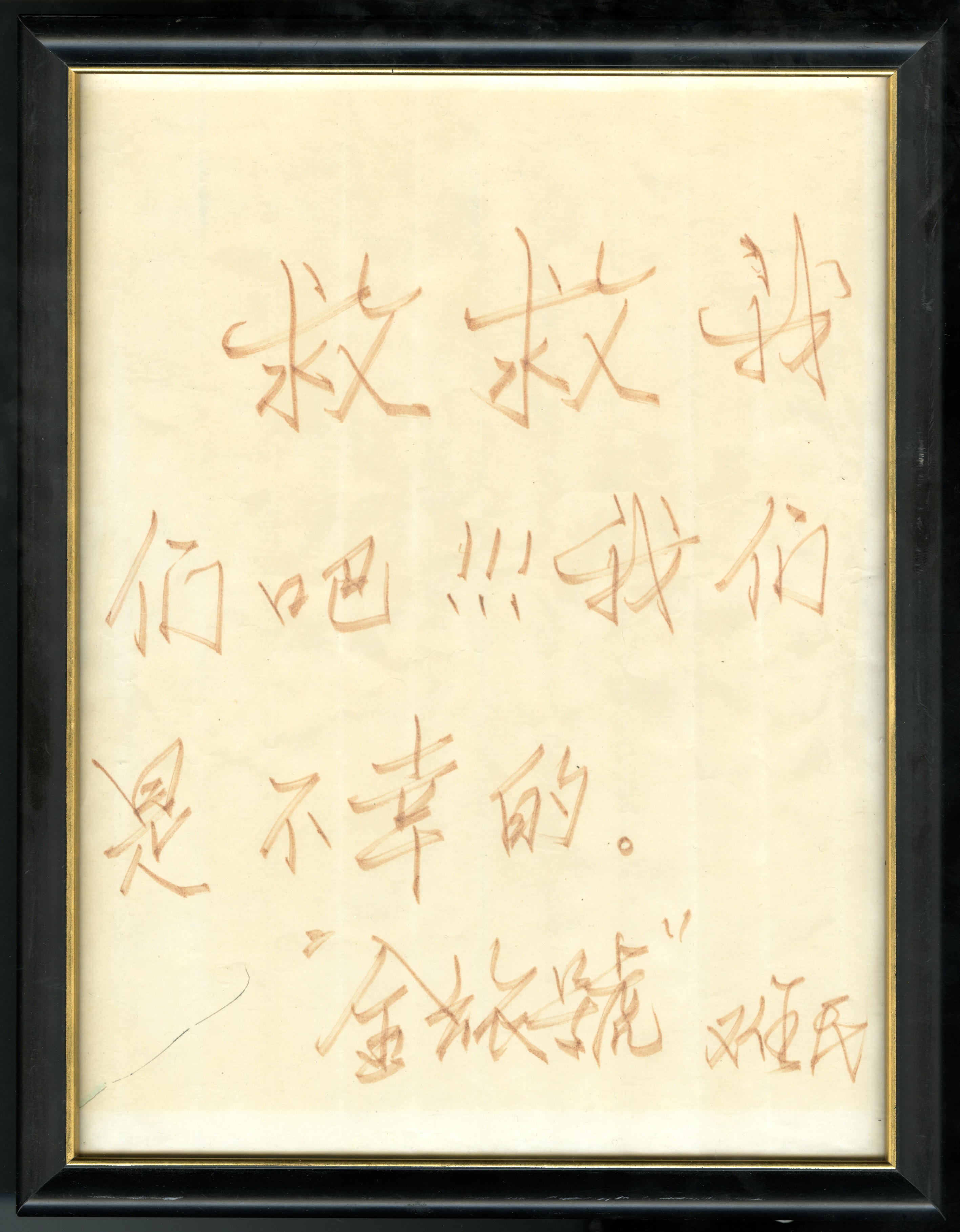 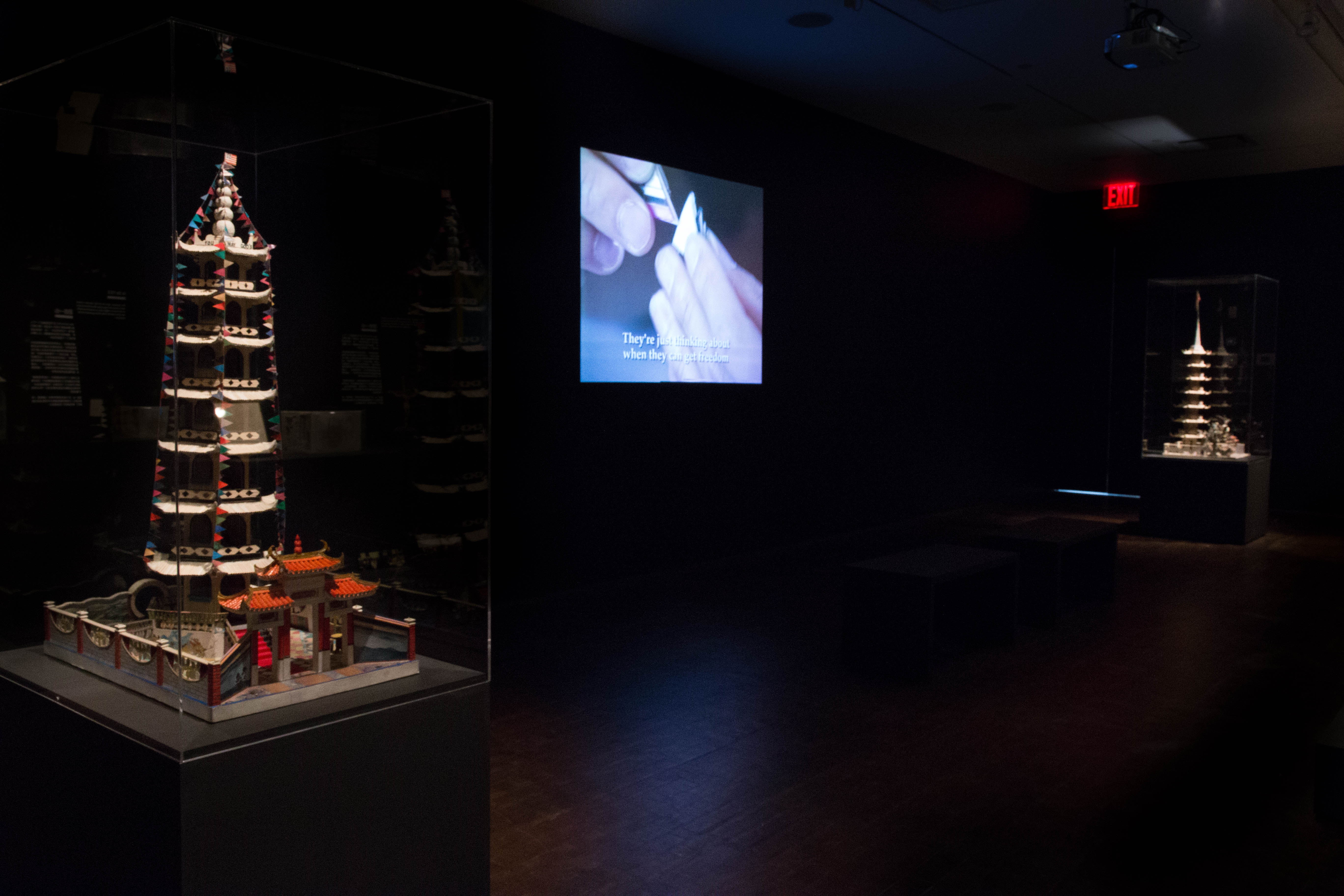 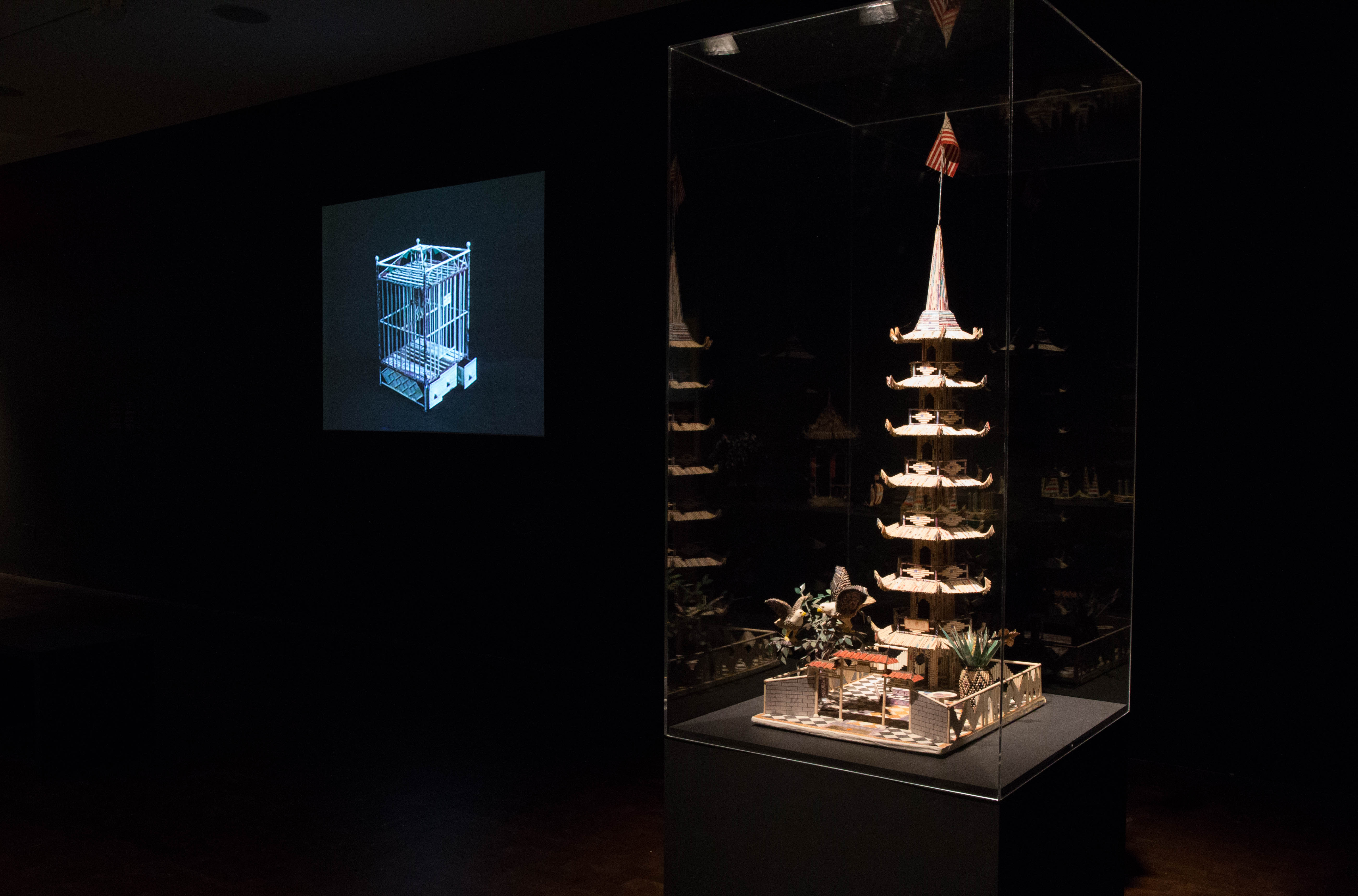 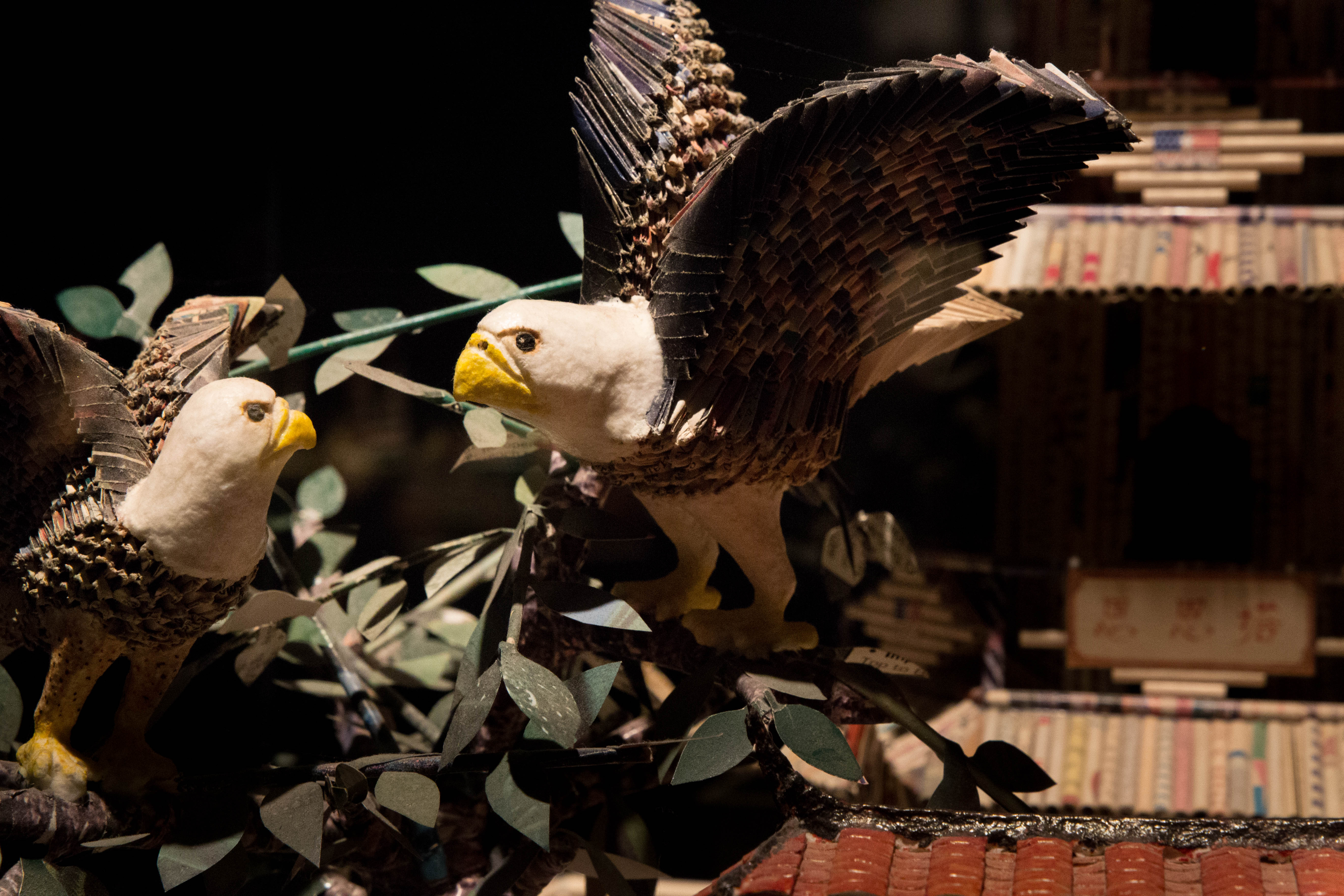 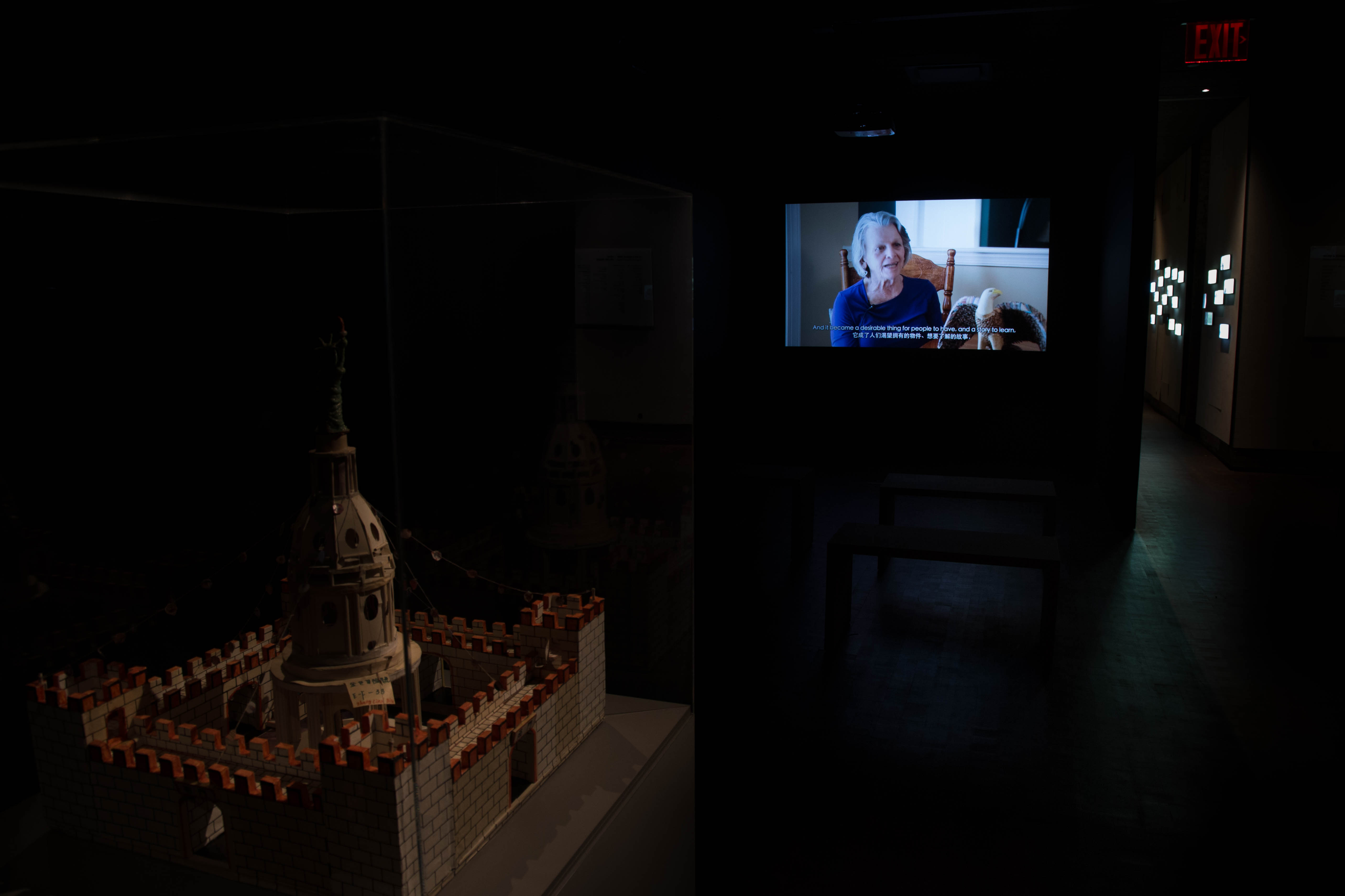 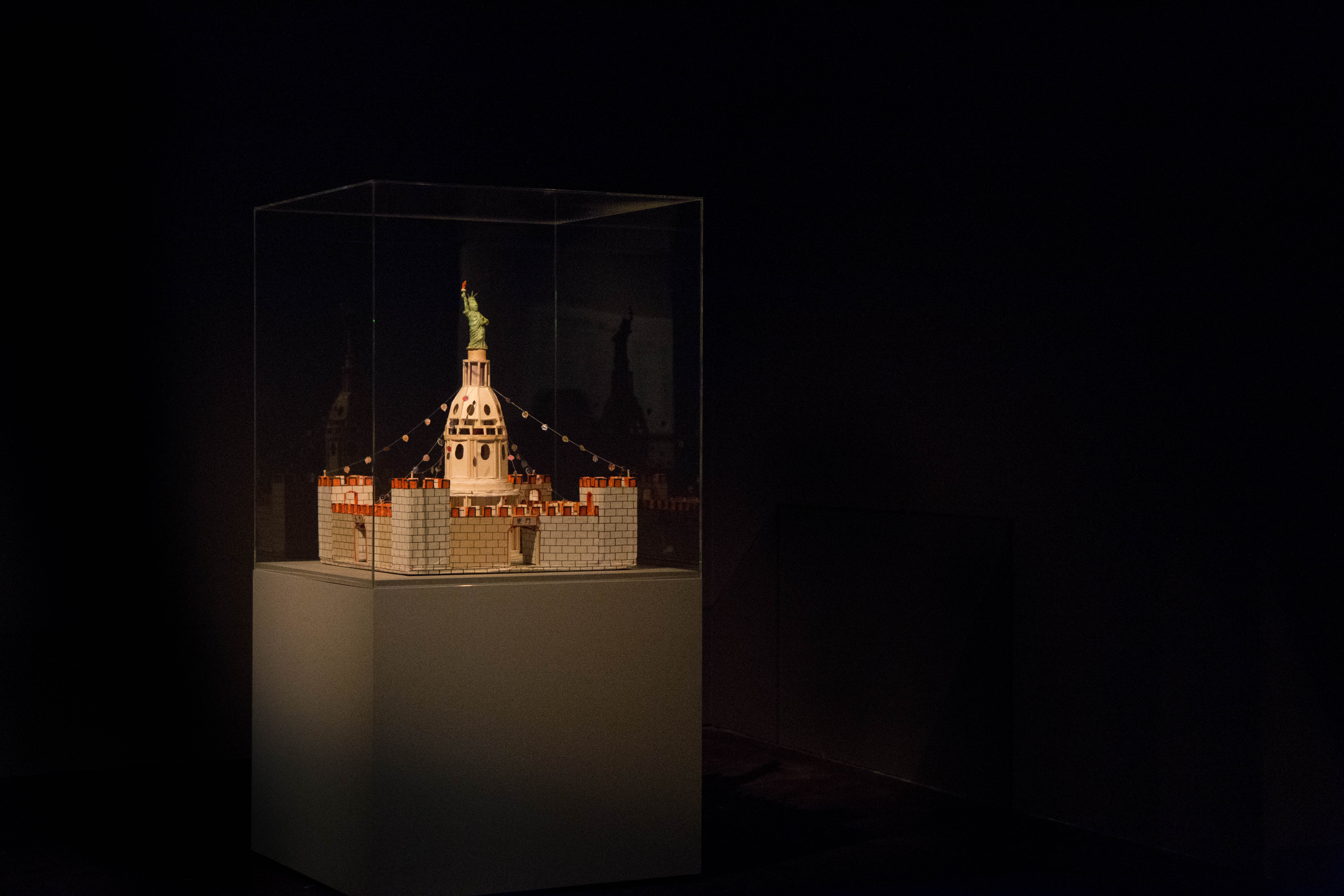 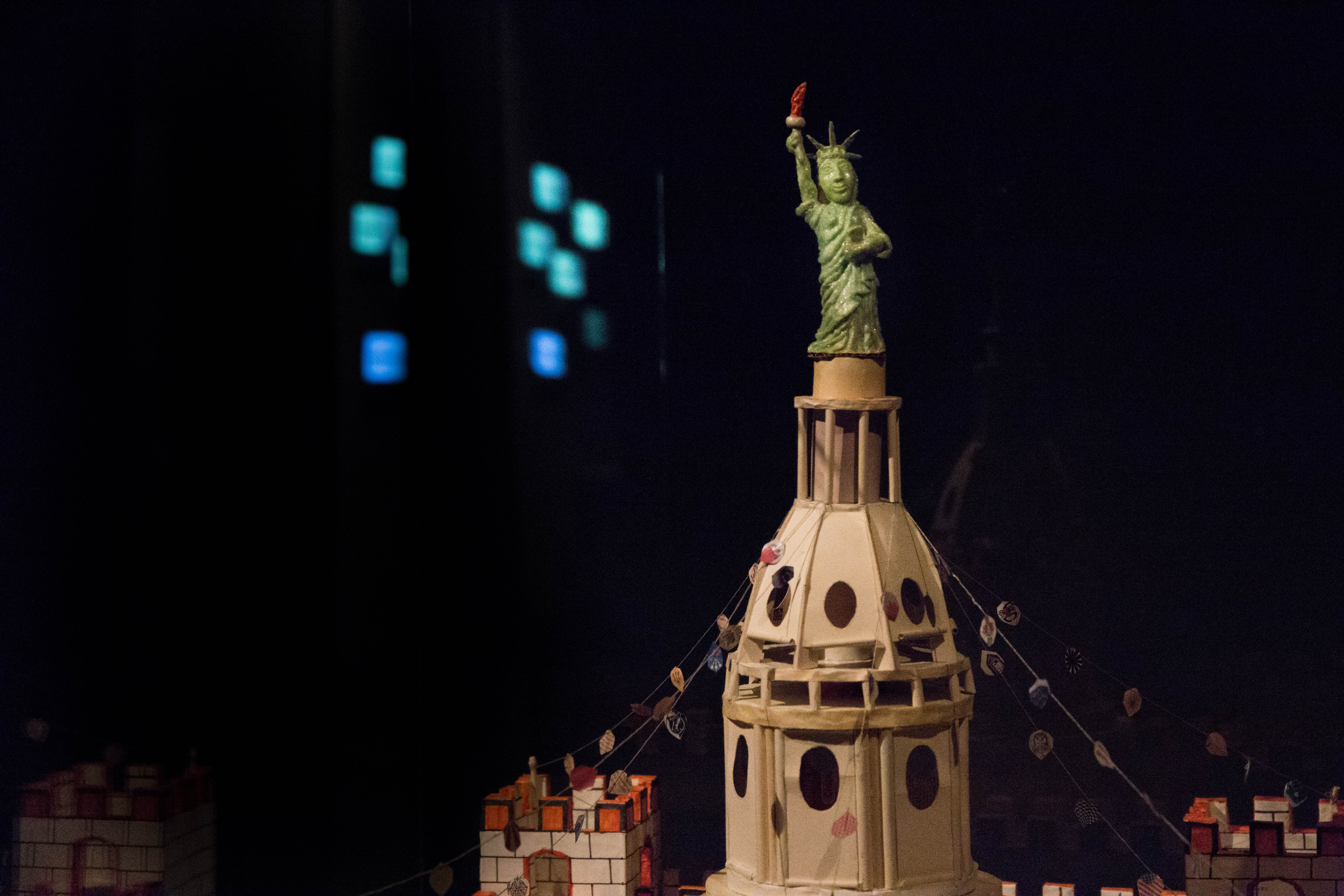 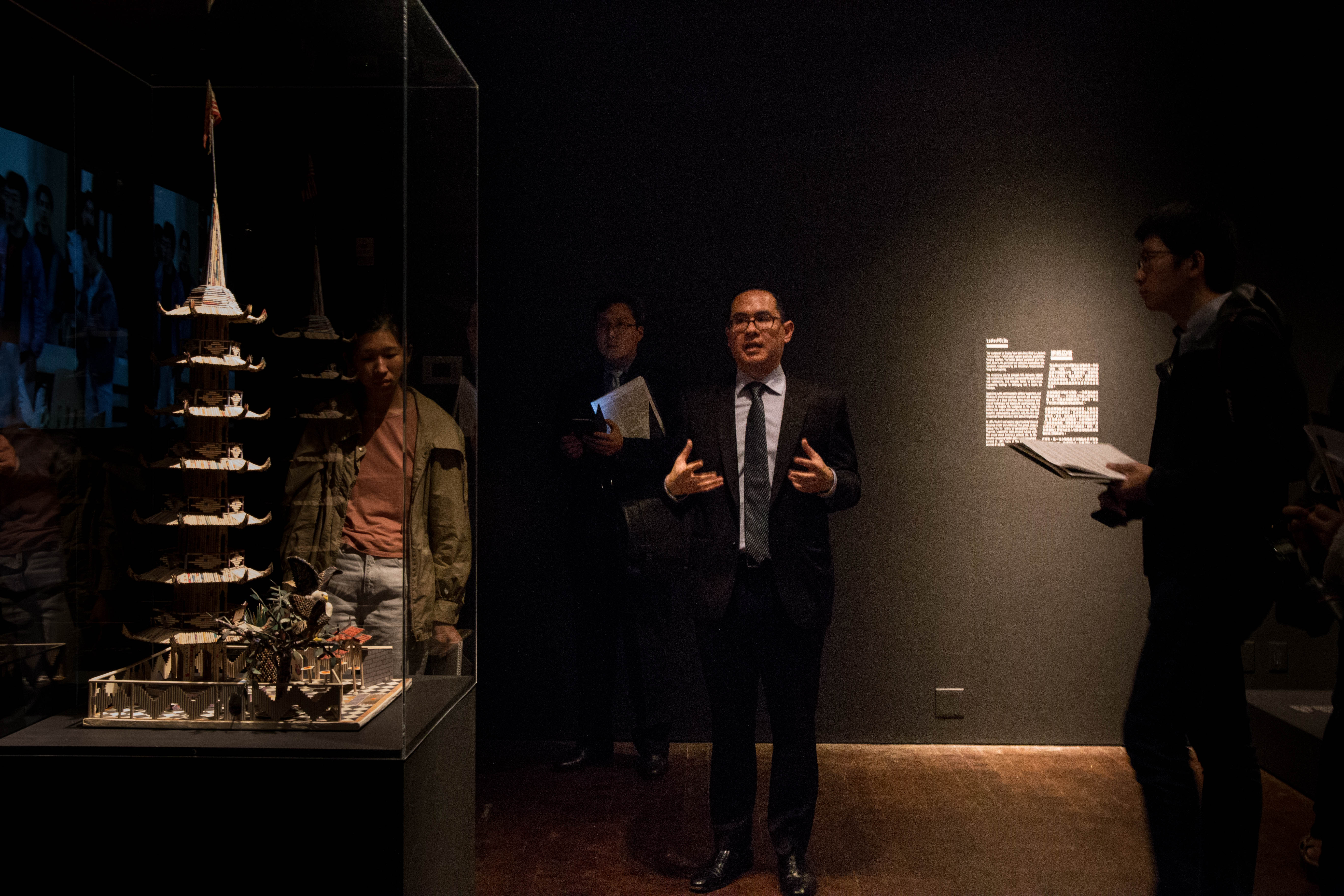